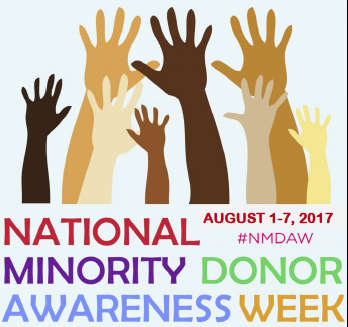 How Can We Get More Black People The Organ Donations They Need?
by Sam P.K. Collins Posted on 5/ 29/15

In North Carolina, African Americans account for more than half of the more than 3,000 patients on an organ transplant waiting list, a reality that has prompted healthcare providers’ and advocates’ calls to encourage organ donation among black residents. Out-reach efforts in recent years have targeted black churches, local DMVs, health centers, and other ma-jority-African-American spaces.

With bipartisan support behind organ donation and an outpouring of dollars to increase awareness around the issue, some advocates say that change is on the horizon. However, meeting the needs of every person of color on the organ donor list would require dispelling myths about organ donation and appealing to a group that has long been skeptical of physicians and medical research.

But proponents remain resilient, saying that the outcomes would benefit African Americans, a group disproportionately affected by diabetes, kid-ney disease, and other chronic diseases. Such a statewide movement could make waves nationally. The chronic illnesses plaguing the black community, brought on by a combination of dietary and environmental issues, often culminate with the failure of a vital organ — signaling a greater need for donations.

Every 10 minutes, another name makes it onto organ donor lists around the country. Many of those people may never live to get the transplant they seek. According to Donate Life USA, an average of 21 people die each day waiting for an organ. African Americans account for more than 35 percent of the more than 120,000 people on the national list for kid-ney donations, according to numbers compiled by the U.S. Department of Health & Human Services.

Just one person — with organs such as the heart, kid-ney, liver, or bone marrow — can save eight lives and potentially improve the health condition of 50 people.

THE NEED FOR MINORITY DONATIONS The need for transplants is very high among some ethnic minorities, though there is a need among all populations. Some diseases involving the kidney, heart, lung, pancreas and liver that can lead to organ failure are found more often in minority populations. Did You Know?* African-Americans and His-panics are three times more likely to suffer from kidney disease than Caucasians; * African-Americans have greater incidences of high blood pressure (hypertension) which can lead to kidney failure; * Native Americans are four times more likely than Cauca-sians to suffer from diabetes. The rate of organ donation in minority communities does not keep pace with the number needing transplants. Afri-can-Americans make up about 22% of North Carolina’s overall population, but make up 52% of North Carolinians waiting for an organ transplant.