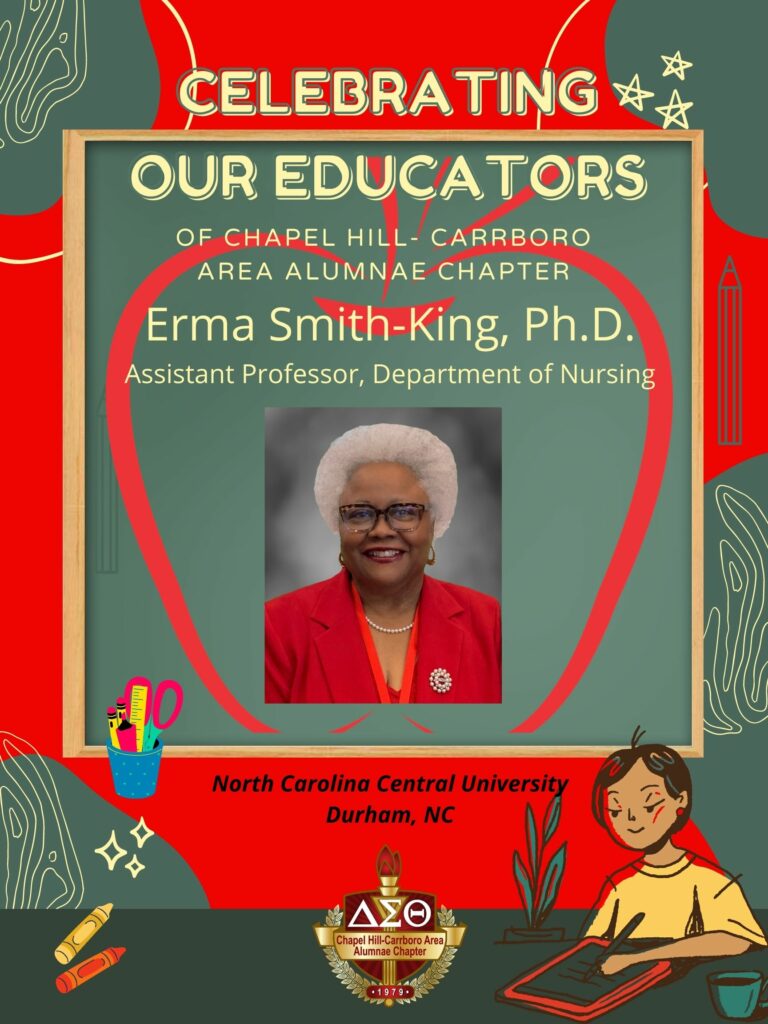 Currently, Dr. Smith-King is an Assistant Professor in the Department of Nursing. Smith-King teaches in the RN to BSN program. The RN to BSN program is designed for registered nurses with an Associate’s degree or a diploma in Nursing who wish to pursue a Baccalaureate degree in Nursing completely on-line. Smith-King teaches the following on-line courses: Community Health Nursing for RNs, Special Healthcare Problems for the RN, Introduction to Professional Nursing.

Her Teaching Philosophy is
“Education is a journey and not a destination,” a paraphrase by Ralph Waldo Emerson.

Her favorite quote is:
“Education is the passport to the future, for tomorrow belongs to those who prepare for it” by Malcolm X.

Dr. Smith-King has been a registered nurse for 46 years with 14 years in higher education.

Her education journey is as follows: